The freedom of contract is held in high regard in Hong Kong. This means that courts will generally enforce contracts that have been validly entered. There is no general doctrine of voidance of commercial contracts due to inequality of bargaining power, nor is there a separate requirement of good faith. This means that absent a vitiating factor like misrepresentation or mistake, a contract is usually enforceable as written.

Certain types of contract are subject to formal requirements. For example contracts for the assignment of real property or company shares have be made in writing, and require stamping (i.e. the payment of stamp duty). Most other contract types can be entered at the discretion of the parties. Oral agreements are enforceable, however a written contract is recommended in matters of any significance.

Employment law in Hong Kong is mainly governed by the Employment Ordinance (Cap 57) and related statutes. The Employment Ordinance offers employees limited employment protection. The legislation sets out requirements with regard to matters like minimum wage, pensions (including the so called Mandatory Provident Fund), holidays, sickness allowance, and severance pay.

The Competition Ordinance (Cap 619) of 2012 is the first piece of legislation of its kind in Hong Kong. It introduces three main prohibitions, i.e. restrictive agreements and concerted practices, abuse of a substantial degree of market power, and mergers and acquisitions that substantially lessen competition in Hong Kong (the M&A ban is limited in scope to the telecommunications sector).

On the back of the Sale of Goods (United Nations Convention) Ordinance (Cap 641) of 2021, the 1980 United Nations Convention on the International Sale of Goods (“CISG”) is being implemented in Hong Kong. This brings benefits to the business community as CISG is viewed as the most successful, substantive and widely-used commercial law treaty in the global marketplace. 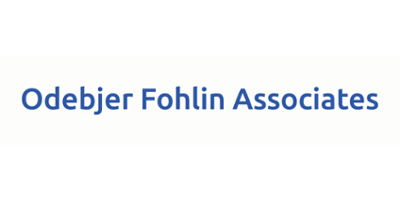