On December 2, Hong Kong daily newspaper The Standard published an article featuring Swedish truck maker Scania. The article discussed the progress and implementation of Scania's autonomous vehicles, highlighting Scania's pioneering efforts and forefront role in the development of self-driving trucks. It includes an interview with Peter Hafmar, head of Autonomous solutions at Scania, who adresses many of the benefits of self driving trucks:

"According to a report from the International Road Transport Union in June, there were some 2.6 million unfilled positions for truck drivers around the world in 2021. Hafmar also points out other potential benefits: since computers don't need to sleep or rest, the vehicles can be scheduled for trips at times when there is less traffic or drive slower - but for longer - to save on fuel" 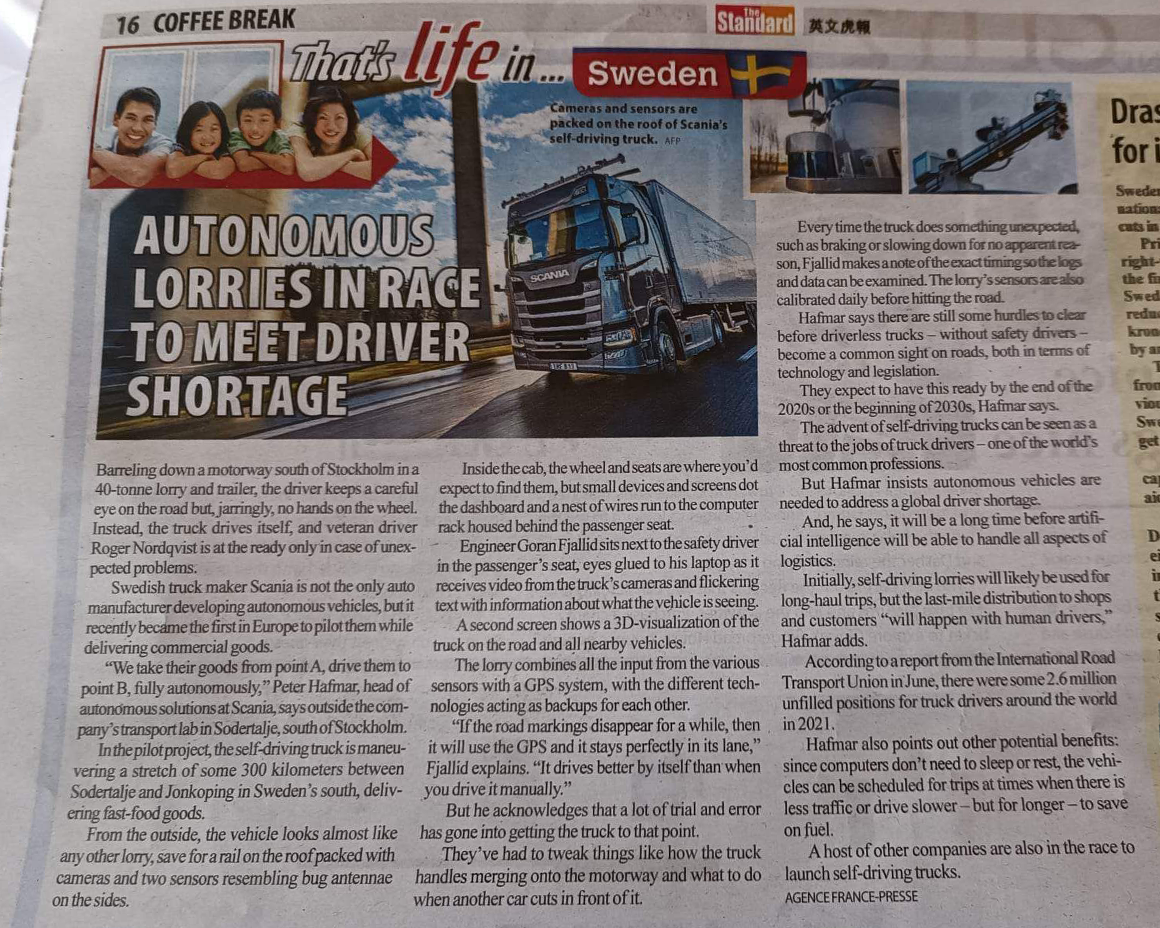